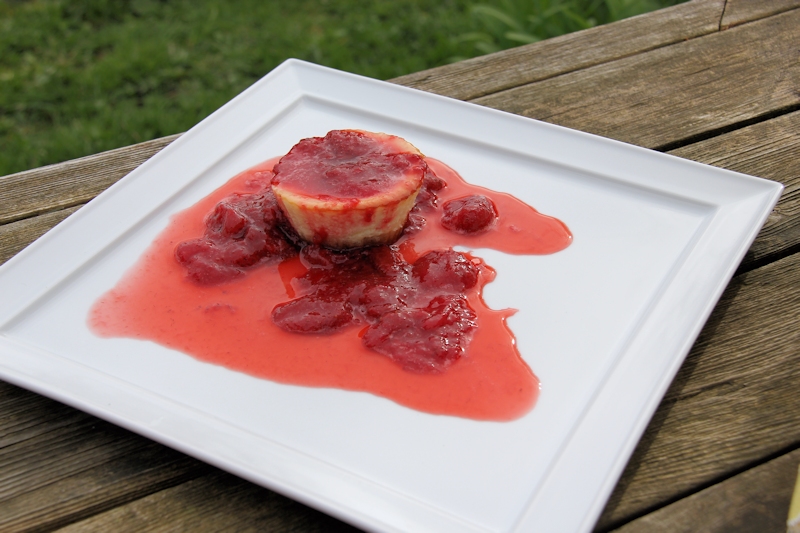 Posted at 05:36h in Recipe by Dawn Dykstra
0 Likes
Share

It is experiment time and all good experiments start with a question. Today I asked the question, “can Bufala Fresco be substituted for traditional cream cheese in a cheesecake recipe?” This was a fun chance to use our cheese, which is usually paired in savoury dishes, as a dessert.  Now you may be thinking, “why, why would you want to use Buffalo Fresco instead of traditional cream cheese”. There are three answers to this question. First, we do not make traditional cream cheese so this was not an option if I want to use Mt Lehman cheese. The second reason is that it is lower in fat as it is a whole milk cheese. Our Bufala Fresco has 22 grams of fat per 100g, whereas traditional cream cheese has about 34g of fat per 100g. When making dessert fat content is not usually at the top of our minds, but a little less does not hurt especially when buffalo milk is so creamy. The final reason you may be interested in making the swap is that buffalo milk is an alternative source for those who may be sensitive to cow milk and are not a huge fan of goat milk. Studies are showing that although some people will be sensitive to all milks others can try an alternate source, and buffalo milk is one that has been tolerated by people with cow milk sensitivities.

Now on to the fun. I started with a super basic recipe for mini cheese cakes found through a major cream cheese website. Then I had to increase the recipe to feed 24 people on Easter. Which nicely filled 2 muffin trays. 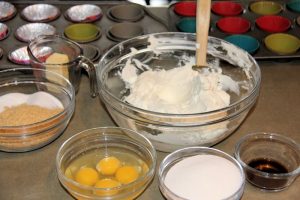 Then blend 1 1/2 cups graham crumbs, with the 3 tablespoons sugar and add the melted butter. Mix until it is a fine crumb. Take the graham cookie mixture and evenly separated it into the 24 muffin tins which are already prepared with muffin liners.  You will notice I used mostly silicone muffin cups, but needed to use some foil muffin cups as I do not have 24 silicone muffin cups. You will see later that the two types of liners did bake differently. 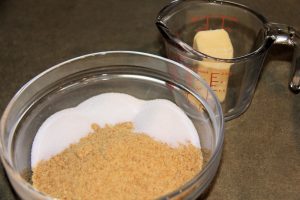 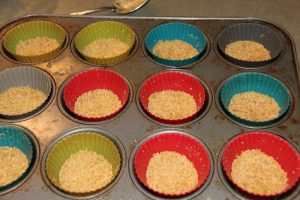 The next step is to cream the granulated sugar into the Bufala Fresco, I used an electric mixer. Add in vanilla, again I used my electric mixer. Finally, add in the eggs one at a time, mixing in-between each egg. I tasted the mixture at this point and added extra vanilla (the recipe written here reflects the extra vanilla) compared with the original recipe. The fresco does have a little more taste than traditional cream cheese and it needed the extra vanilla. Then divide the mixture between 24 cups. As you can see they are very full. I was worried, but went with it as I was experimenting and having fun. 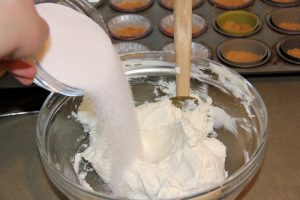 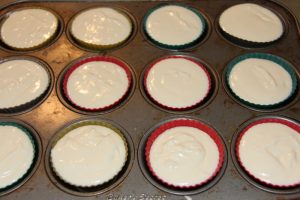 The cups went into a 325 degree oven and baked for 30 min. As you can see in the first picture below, the silicone cup cheese cakes rose evenly, and did not crack but the foil cups are more rounded and cracked along the top. I liked the way the cheese cakes  baked in the silicone cups turned out the best. As you can see my worry about over filling was not a problem. The cakes first puffed up but settled back down to the original fill spot. 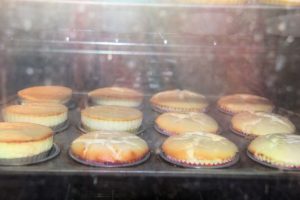 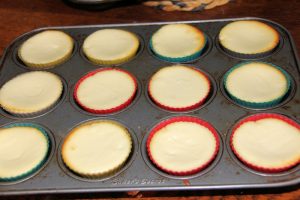 Finally, after chilling over night, we got to eat the cheese cakes. I served it with a simple syrup made with strawberries sugar and a little vanilla. The verdict, it was a tasty cheese cake. Yes it did taste different than one made with traditional cream cheese. The Bufala Fresco has a slightly stronger bovine flavour. This is probably due to the animals being mostly grass feed and getting a variety of plants. 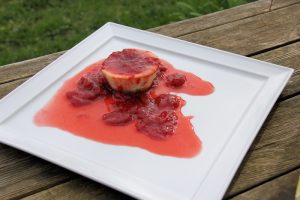 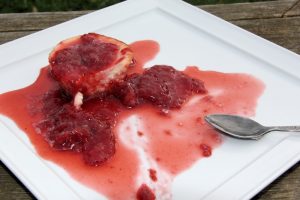 Here is a bonus picture of one of the cute house guests. This feisty little girl was born just a few days before Easter and was super tiny, cute and snugly. 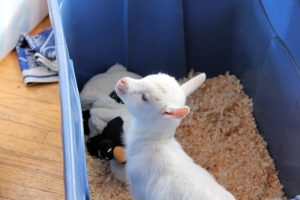 Beat cream cheese, vanilla and remaining sugar with mixer until blended. Add eggs, 1 at a time, mixing on low speed after each just until blended. Spoon over crusts.

Bake 25 to 30 min. or until centers are almost set. Cool completely. Refrigerate minimum 2 hours or overnight.